A sobering point of view of the future from Arnold Kling [1].

I don’t think of the long-term budget fight as being between Democrats and Republicans or between rich and poor. I look at it as a fight between people with funded retirements and unfunded retirements.

If I have saved enough to support my lifestyle in retirement, then I have a funded retirement. If my neighbor who teaches in public school wants to support a similar lifestyle based on her pension, then she has a retirement that is somewhat unfunded. That is, as of now, her pension plan has only about fifty cents for every dollar of promised benefits.

Social Security and Medicare also are unfunded. Their “trust funds” consist of government bonds. If I took care of my own retirement the same way, the drawer where I keep statements from mutual funds that I own would instead be filled with IOU’s from myself. More important, the actuarial shortfall in Social Security and Medicare, like that in my neighbor’s pension plan, is very large.

Down the road, someone is going to get the shaft. It could be my neighbor, it could be me, or it could be both of us. That is, people who are relying on the unfunded systems–public sector pensions, Social Security, and Medicare–might find their benefits cut. Or people who are relying on personal savings could wind up having those savings taxed away in order to address the shortfalls in the public systems. Or all of us could have our savings eroded by inflation, from which we may not be able to protect ourselves.

Have a nice day.

The two unavoidable facts of life. The misery of this head ‘n chest cold I’ve suffered the last few days had me wondering if the former was nigh. So I set myself to the other unavoidable fact. I discovered I did a very poor job of tax planning this year. Ordinarily we could rely on a tax refund, a few hundred bucks, sometimes more. This year – spank! The amount we owe to the feds should be enough to pay for our own warhead – our names etched lightly on the tip of the ordnance: “Courtesy of the Nibbe family. Enjoy!” A sturdy expression of participatory democracy, a direct connection between the means and the end. In that spirit I have suggested that the 1040 include check boxes for the taxpayer to indicate where (or where not) she wants her tax dollars spent. Like the United Way does. My guess is that this would put an end to The War on Drugs lickety-split. And I imagine a great deal of other government profligacy as well. Instead, we have no idea, or more correctly no direct say, in how our tax dollars are spent. Supposedly, all the money is placed in a big pot of munificence to be later doled out by benevolent-minded folks who swore to protect and serve TheAmericanPeople®. I’m sure that happens to a limited extent. Increasingly, much of it now goes to pay interest on a debt incurred by having to borrow to pay for ever more profligacy past promises and obligations. Before too much longer we (my bride & I) will, ourselves, become obligations.

One consolation of the first inevitable fact of life is that it brings a merciful end to the second.

Five years to begin growing do-it-yourself eyes in humans seems overly optimistic, but thousands of blind people and others with deteriorating retinal function surely hope not. 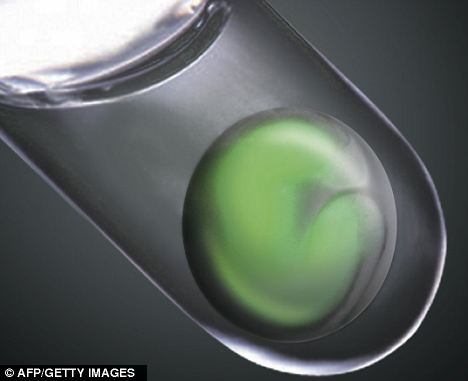 So I just Shazam‘d myself singing – with great verisimilitude I thought – Moonshadow by Cat Stevens. While seated in our car in the Costco parking lot.

Shazam returned: “Sorry, we couldn’t find a match for this music.“

Which is not to say it was bad music. Merely that Shazam has not yet captured to its database the Acapella silk of my voice performing Moonshadow.

Still, a stunning application for $4.99, or better yet free if you happened over to Amazon this morning as I did. A promotion for the opening of their app store for Android.

According to one of the creators of Shazam, the software relies on a database of >8 million songs, each of which has been decomposed into multiple numeric, digital signatures.

I haven’t seen it produce a false positive yet.

Love his poetry. Spare and gut-felt.

Years ago a friend gifted me a broadside he had done on John’s work. I framed it; it now hangs on my office wall.

Poem of the Forgotten

I came to this place,
a young man green and lonely.

Well quit of the world,
I framed a house of moss and timber,
called it a home,
and sat in the warm evenings
singing to myself as a man sings
when he knows there is no one to hear.

I made my bed under the shadow
of leaves, and awoke
in the first snow of autumn,
filled with silence.

A perfectly miserable day. Bluesky. Nary a breeze. A prescient 38 degrees. 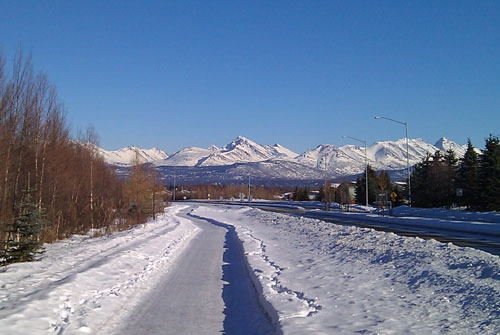 I say prescient because can there be any doubt that Spring is nigh!

Spirit-filled, I lifted the Santa Cruz off the J-hooks, re-aired the tires, oiled the chain and set out on this year’s debut ride. In an ordinary year I would have been out riding several times by now, but this year I didn’t bother to put studded tires on the bike, in part because I’ve been too damn preoccupied. Besides, today riding on slightly under-inflated knobbies was all that was required, most everywhere the trail surface was  tacky and sticky. I pedaled a brisk 8-10 miles through Anchorage’s southern neighborhoods. The familiarity felt good. Like a walk in the mountains with the dogs a bike ride centers me. Introspection comes easy and it’s not unusual that I find myself talking to myself. The beauty of this symmetry is you always win an argument should one arise, the tragedy being you always lose.

As I pedaled about I thought about our science and where to take it next. Sometimes an idea will come to me and I feel an urgency to write it down lest I forget, but then I think, if it’s an idea of merit I won’t forget it. I should know better by now. When I was in the lab conducting experiments I never got into the useful habit of quickly committing important results or findings to my lab notes, I would leave that for the end of the day, but inevitably I would occasionally forget things. Why do we sometimes ignore our own good advice? ‘Tis a mystery.