Happy Wife found a dog washed up on the beach. We’re guessing it’s the dog that washed overboard on a boat out in the bay earlier this week. There’s a wedding today on that section of beach. Bless her heart, HW’s doing what she can to have the dog removed before the celebration. She left a message with Animal Control in Seward, after calls to the local police and state troopers proved fruitless. And to think yesterday was National Dog Day. Tragic.

We haven’t backpacked in who knows how long. HW’s never been on the Lost Lake trail, one of my favorites, so I booked the Dale Clemens cabin for a night 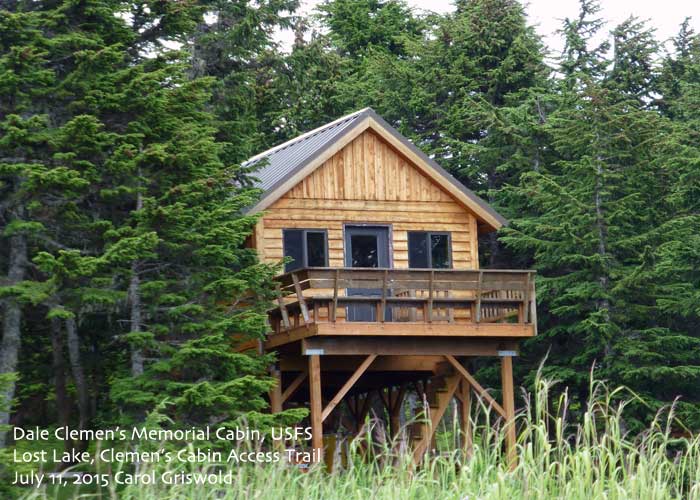 The southern trail head is about four miles north of Seward, and from there a five mile hike, all up, but over a reasonable grade. Each of us was schlepping a 25-30 pound pack — sleeping bags, mats, a change of clothes, food, wine, gun, etc. The Dog led the way. The rain had stopped by the time we set out, but it was still pretty socked in when we arrived at the cabin about two and a half hours later. Last time I stayed at this cabin was twenty years ago or so. Didn’t remember much about it. We got inside and dried off. It was surprisingly warm and humid the entire way up. We were both drenched in perspiration. We changed into dry clothes and I managed to get the heater working, just to dry out our stuff. I think the forest service hauls in fresh propane canisters on snow machines in winter. I found one partially filled and hooked it up. An unexpected luxury. As was the deck out back, something I’m sure wasn’t there twenty years ago. We sat out there, each of us with a plastic cup of box wine, taking in the quiet, the Dog alert to the faintest snap crackle or pop in the forest below 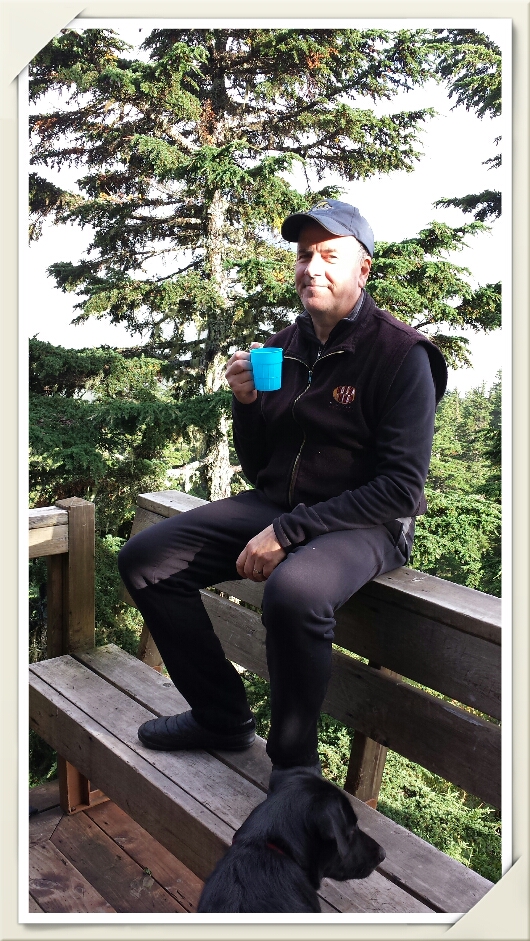 Within an hour or so the clouds broke, and the thick cauldron of fog sloshing around inside what I had thought were all deep mountain valleys below us began to break up as well. We were surrounded by mountains, some with glaciers 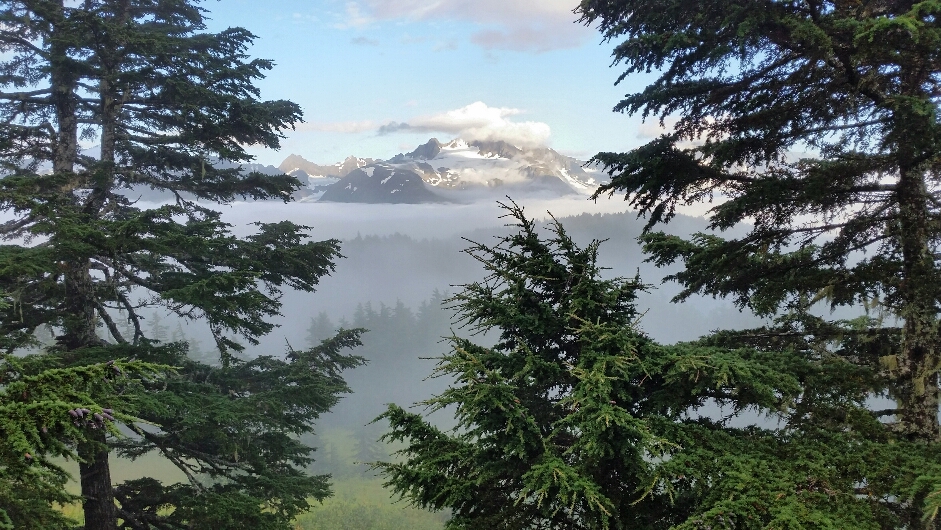 The last fog to lift was in the “valley” the deck overlooked. But wait, that’s no valley. I ran inside the cabin, grabbed HW’s hand and said close your eyes as I guided her outside onto the deck 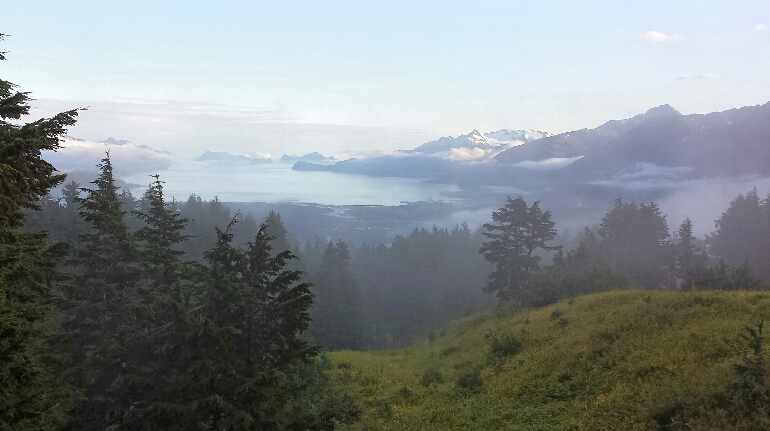 Would You Look at That – it’s Seward! Resurrection Bay. Our Nest, way out on that point!

I had no memory the cabin had such a spectacular overlook. Explains why we had cell service. We refilled our wine and sat there, taking it all in. As the night wore on the weather continued to improve. We made Mac ‘n Cheese and sandwiches for dinner 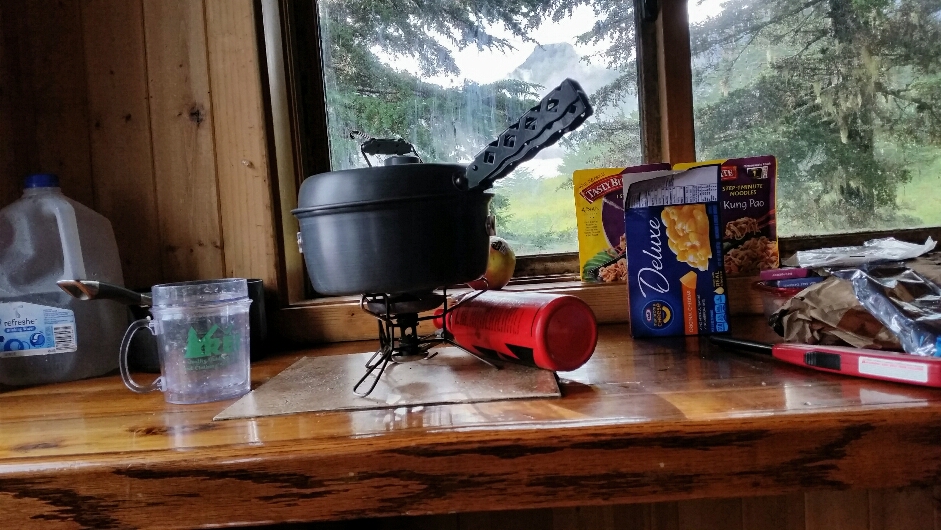 I used to be notoriously  dangerous when lighting camp stoves. This time I avoided burning the place down.

By the time we packed up and hiked out the next morning it was 65 and sunny with hardly a breeze. Over 70 back at the car. We held up pretty well all things considered. I thought for sure we were gonna need a lot more Ibuprofen than what we brought along. Turns out there were a few left in the bag. Not bad for a couple Old Farts.