Happy Wife complained at the Starbucks this morning of having high interstitial fluid. (It’s the heat). I reminded her that her latte was a good diuretic. She proceeded to school me that diuresis (the reduction of interstitial fluid) is more involved than merely peeing out coffee.

And so our day began.

One of those days you feel captive inside the airport hotel with few places to venture to on foot. Last night shortly after we arrived we crossed the gauntlet of traffic entering and exiting a major freeway and managed to find a decent Tex-Mex restaurant. We spotted the Starbucks next door. That was about it. Nothing else, really, except freeway and anonymous concrete as far as the eye could see. At least it beat hotel room-coffee and calling out for pizza.

But… But!  Eventually, on the pentultimate day of the tour, we found ourselves among the Bluebonnets 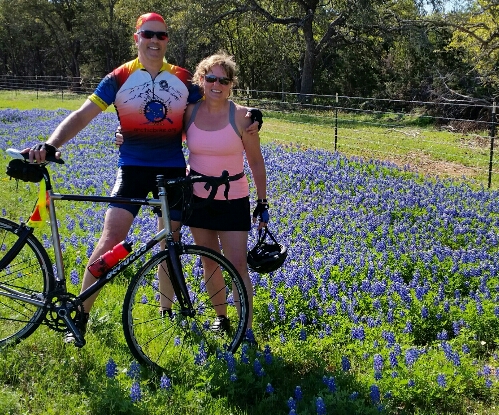 HW and I started the tour woefully out of shape. The last time I rode my road bike was probably September of last year. Longer still for HW. I think we were possibly the two youngest people on the tour, yet most days we came in last or near last. Not that there’s anything the least bit competitive about these tours, there isn’t, nobody really cares how fast or slow you are. But when people 10-12 years your senior finish the day a half hour or more before you, you do begin to wonder 1) how the hell they stay so fit, and 2) why they are not reaching for four ibuprofen the second they dismount their bikes.

By night we roamed Main Street in Fredericksburg in search of a decent place to eat. The city was originally settled by Germans in the late nineteenth century and so not surprisingly many restaurants feature German inspired fare. Somehow, though, schnitzel and potatoes over red cabbage doesn’t make the mouth water after 50 miles in the saddle in 82 degree heat. (I think we were also the only two on the tour to refer to an 82 degree day as hot). We tried a German restaraunt one night and the food was awful. The meat was absolutely flavorless, like it had been boiled in gray water. The noodles and fries were equally tasteless with the texture of wet cardboard. I added salt (a lot) to my (so-called) chicken-fried steak. No difference. All I tasted was salt. Which I have to admit was an improvement. A similar disaster played out on HW’s plate. To her credit she was brave enough to try the “blue cheese” dressing on her dinner salad (such as it was). Not me. The stuff came separate from the salad in a small plastic cup. Pretty typical, until you looked closely – small white curd-like clumps of who knows what sunk to the bottom of a milky-white oil substance. Whatever it was it looked to me like it had spoiled. The look on HW’s face after one mouthful indicated maybe it had. I hailed the waitress and asked that she bring us the ranch dressing instead. That, at least, was passable.

On our last day in Fredericksburg two women, at what came to be our favorite wine bar, where cowboys come to Tweet and drink Rose, turned us on to Ottos. 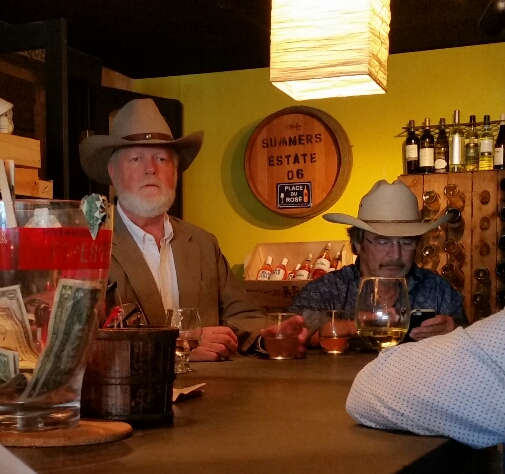 And Otto’s? OMG.  The venue ain’t much larger inside than the living room of a large house, but don’t let that fool ya.

For starters we shared the Foie Gras “BLT” 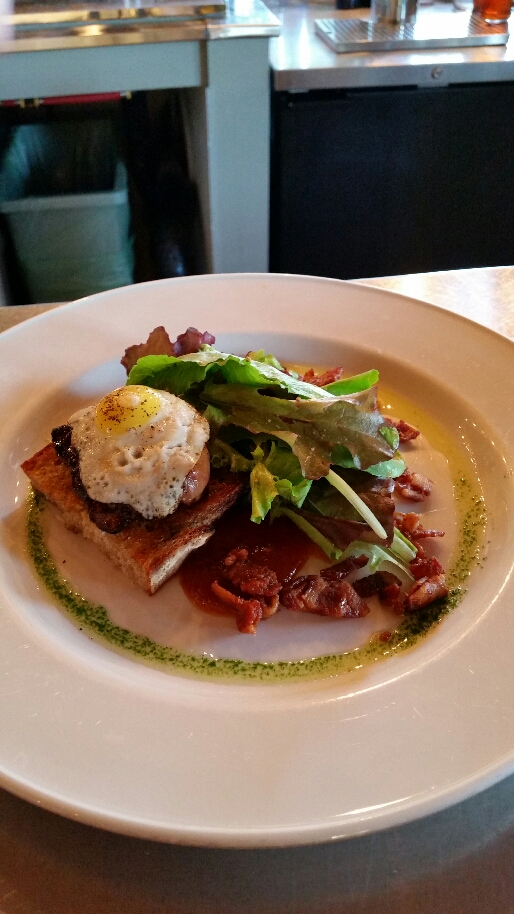 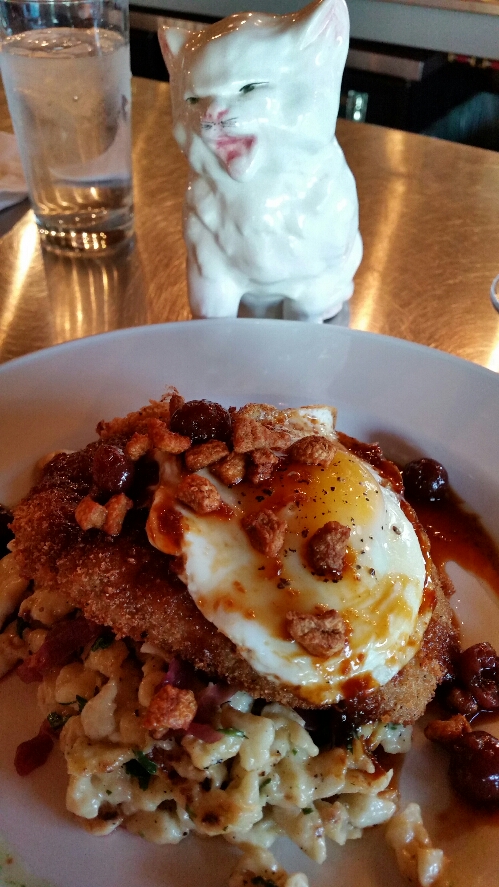 Mine, locally-sourced Quail with potatoes voulere over broccoli 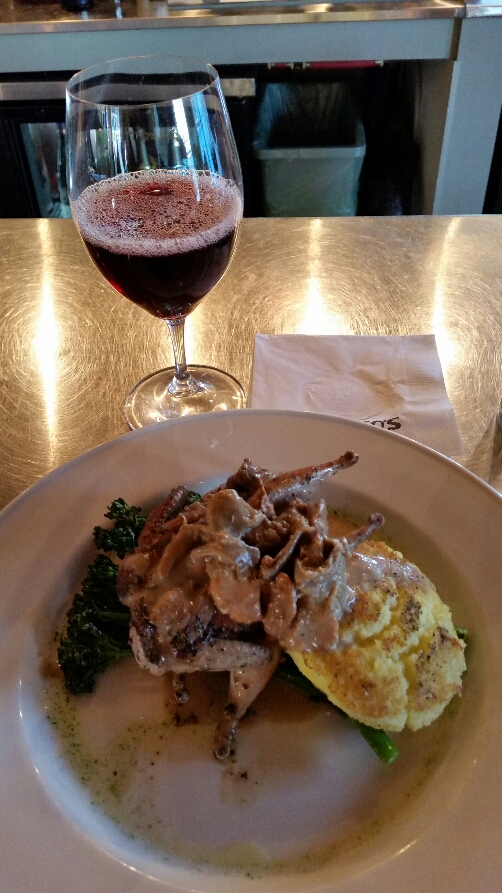 For dessert, a slice of sinfully delicious cheesecake with caramel drizzle and salted pecans

Better yet, one of the women at the wine bar who turned us on to Ottos called the restaraunt while we were eating to tell our waiter she wanted to pay for our drinks! Blown away we were by that Texas-sized generosity, I wanna tell ya’ll.