If you haven’t noticed, the state of Alaska is experiencing an upheaval. Upheaval’s probably not the right word, since it denotes change or disruption that is “sudden.” There’s nothing sudden about what we’re experiencing, I blogged about the warning signs nearly three years ago. Since then the state legislature and former governor effectively twiddled their thumbs while the State’s coffers were drained. What’s the cause of the upheaval? Very simply the state has run out of money to pay for its obligations.

You see, we don’t have a state income tax in Alaska. We also don’t have a state sales tax. The State’s primary source of revenue is taxes, fees, royalties etc. on the oil and gas companies who produce the oil and send it to market. That accounts for about 85% of the state’s revenue. The rest of its revenue comes from federal funding, taxes and fees on other smaller industries (tourism, fishing, retail, etc), and the interest on a Big Pot of Money (keep reading). When times were good – when a barrel of oil went for $100 or more – there were no worries. That’s because the amount of money flowing into state coffers is (roughly) proportional to the price of a barrel of oil. Unfortunately, for the state of Alaska, the party came to a sudden end around 2014. The price for a barrel of Alaska crude dropped faster than a dress on prom night. Since then the hangover in Juneau has grown increasingly unpleasant 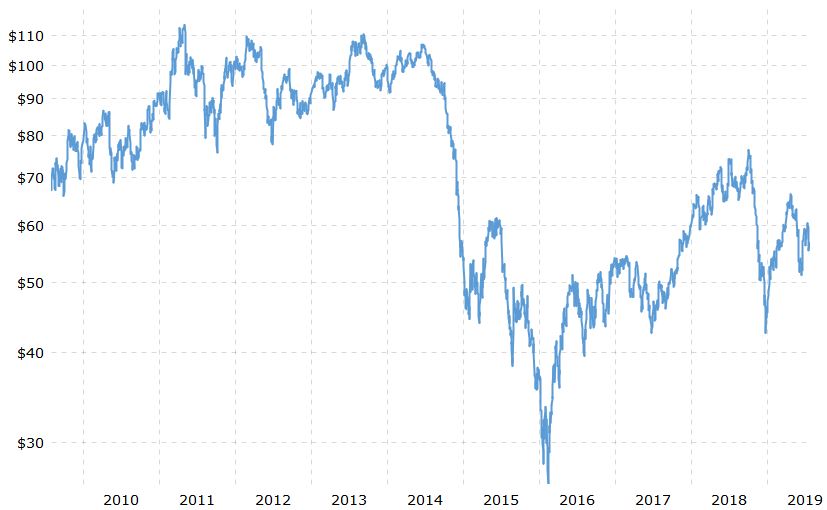 But wait. Doesn’t Alaska have this thing called the Permanent Fund (PF) now valued at over 60 Billion dollars? Why doesn’t the government just make a withdrawal from that fund to make up for the budgetary shortfall? Sounds good except 1) the fund’s principal is constitutionally protected, and 2) the fund’s annual earnings, while legally available to pay for government obligations, have been used (since 1980) to pay each and every eligible Alaskan an annual dividend. Last year our dividend was $1200.00. Multiplied by the number of eligible Alaskans, that equals one Billion dollars. That’s one Billion dollars not available to the government to use to pay for its obligations.

Wait a minute, can’t the governor and/or legislature just pass a law that suspends or reduces the amount of the dividend so there’s more to use to pay for government obligations? In fact, that happened last year. That $1200 we all got, it was supposed to be much larger but the former governor, by executive veto, reduced it so more of the earnings reserve could be used to pay for government obligations. Of course that pissed off a lot of Alaskans who have grown fond of free money* over the past forty years, but the state supreme court concluded he could legally do it.

Fast forward to our current governor, a republican duly elected by ThePeople® of the great state of Alaska. He was one of the Alaskans pissed off by the former governor’s veto. Resolved to right a wrong, he promised to return the calculation of the dividend to the old formula based in law. He won by a wide margin. Had the old formula been used in 2018, instead of $1200, each of us would have gotten over $2000 (or something like that). Not only did the new governor want to restore the old formula going forward, he also proposed more money be added to our 2019 dividend to make up for the difference between the $1200 we got, and what we would have got under the old formula. Ok, so how much is that you ask?

So, you’re thinking, let me get this straight – no state income tax, no state sales tax, oil revenue has tanked. The only source of revenue left for the government to use to pay for its obligations is the earnings reserve of this thing called the Permanent Fund. And yet the governor wants to use that to pay a 2019 dividend of $3000 (maybe even $6700!!) to each and every eligible Alaskan (~$3 Billion), and thus reduce how much is available to pay for government obligations?!

Call me callous for ignoring marginal utility, for taking a devil-may-care attitude, but Happy Wife and I see no reason to overact to the current upheaval and institute an austerity program of our own. If the governor insists on sending us $6000 in October, what else is there to say except, Cheers.

* One could quibble that the annual dividend is not really “free money,” since by law Alaska is an owner state, which, among other things, has been interpreted to mean the citizens of Alaska have an ownership right in the natural resources (e.g. oil), and as such should be expected to demand a dividend on the value of their asset.