What’s your worldview regarding the goings-on in Afghanistan, especially the evacuation?

Tragically, it looks like the last really bad mistake of nineteen years of mistakes. Not twenty years, because to be fair I think the original casus belli in 2001 – the Taliban giving safe harbor to Al Qaeda – was a reason (it could be justified) to bring American hellfire to bear (sorry, “coalition” hellfire). But after that mission was accomplished, the inexorable segue into nation building (something Bush, you’ll recall, thumped was not going to happen in Afghanistan!) was a fools errand. But what should we expect by now from American military adventurism? Except for Bush, Cheney, Rumsfeld and Rice, I doubt anyone else thought that ramping up a military presence in Afghanistan to keep the Taliban at bay, rebuild infrastructure, improve the lives of women and children, and train Afghans to provide for their own security (American-style), was going to end well. It certainly didn’t help that nearly every year since 2001, when military commanders updated the senate foreign relations committee – “Hey, how’s it going over there, are we still winning hearts & minds?” – they replied, “Yes.” In so many words, anyway. So yeah, the evacuation, operationally speaking, is not a good look. But that in itself shouldn’t come as a surprise, because the American public has been misled for years about how things are going over there. That, or not paying attention. I mean, seriously, what do people expect the evacuation should look like, the orderly boarding of a flight from LA to Miami? War is hell, remember? Even in the wrap-up phase, evidently.

What’s the explanation for the unexpectedly rapid takeover by the Taliban?

Unexpected by whom? I doubt this was unexpected by the Taliban, or most citizens of Afghanistan, or that feckless former president, Ghani, or even the Pakistani government who has been giving support to the Taliban in one form or another for years. (BTW, that last is a dirty little secret most Americans have not been told). So no, I don’t see it as unexpected. The other thing many Americans don’t appreciate is that the Taliban likely became better fighters by every measure simply as a result of being hunted and killed by the American (sorry, “coalition”) forces for twenty years. In a nutshell, we forced them to get better. Another reason it was so fast is that it appears the Afghan government forces, the ones we spent twenty years propping up and training, put down their arms and walked away in return for assurances from the Taliban that they (and their families) would not be killed after the takeover. Other reports I’ve read indicate that many (how many is unclear) Afghan forces were never loyal to the government forces in the first place. In fact, many were known to be Taliban sympathizers, if not wannabes.

Are you sympathetic toward the special fears women in Afghanistan have now that the Taliban have regained control?

Yes, without reservation. There’s no evidence the Taliban leadership, however constituted, will begin to play nice and show respect for human rights, women’s in particular; these men are under the spell of a Dark Ages form of religion. But whenever faced with a question like this, my thinking usually turns to how the mess could have been avoided in the first place. Alas, I don’t have a good answer for that. The tragic fate of many women and girls under the truncheon of Sharia Law predates the start of the war in Afghanistan. This brand of barbarism has been in place for a very long time. What I think I know – something Biden seems to understand – is that an indefinite military occupation of the country is unlikely to fix this in a practically sustainable way. There just have to be other institutions more suited to bring about this kind of transformational change with staying power. It is magical thinking, for instance, to conclude military force can keep prideful, exceptional STEM girls excelling for generations to come

And while STEM is great, imagine the simple gift of learning to ride a bike

How did you come to this worldview regarding Afghanistan?

Twenty years of paying close attention and a slow read of the book Directorate S by Steve Coll. Steve Coll won a Pulitzer prize for Ghost Wars, which I understand is an equally eye-popping book.

I want to turn to domestic matters now. Your wife – Happy Wife we understand you call her – we’ve learned has recently resigned her position at the medical practice where she’s worked for the past twelve years. How are you two doing?

We are well, thank you. She resigned sooner than she’d planned to, a year ago we thought it’d be next year. But circumstances at the practice changed, or, I should say, didn’t change, so it was clear to her now was the time to go. We’re debt free, we’ve invested well. I’m pleased as punch to begin the next phase of our lives with this woman, truly I am 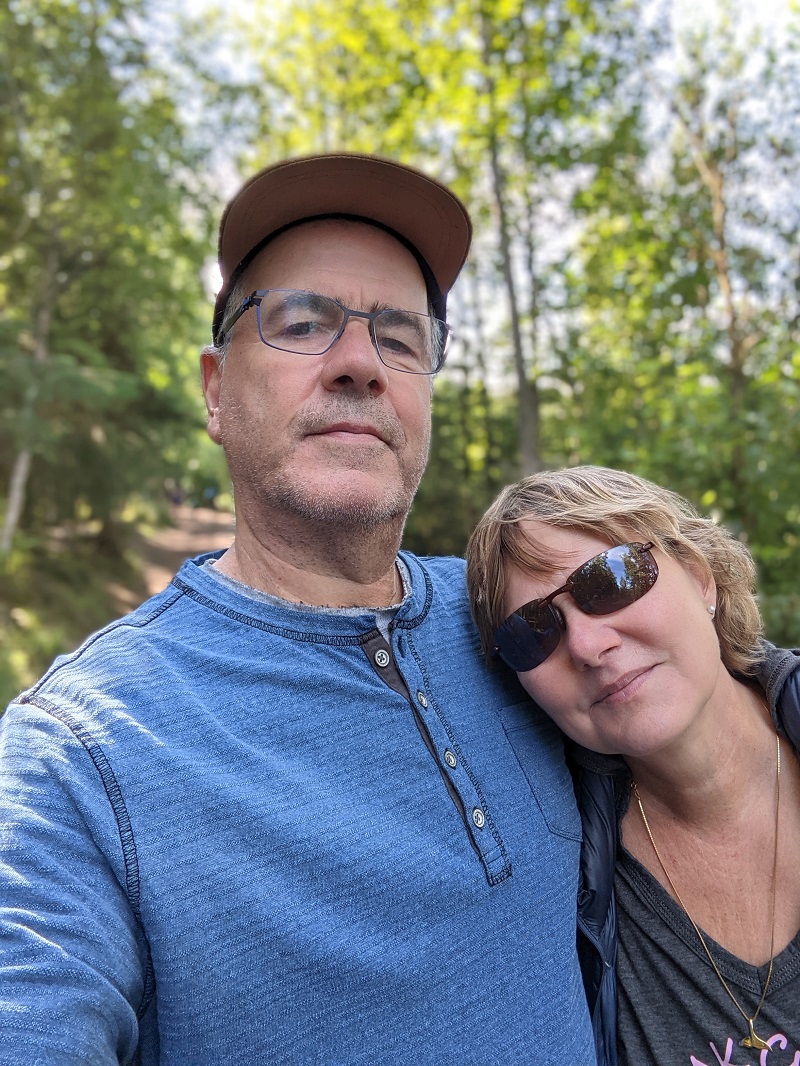 How about you, care to describe the arc of your professional life?

I’d call it more a sinusoid than an arc. I’ve always been intellectually restless, never able to settle down long enough to become a rock star in any one field of work, and then climb an organizational ladder to manage people as though I was. I’ve enjoyed a couple leadership roles over thirty-five years, but by and large I’ve been a rank and file worker, whether in the commercial or academic space. I like to learn new things. In some cases completely new things. I like to say that when I matriculated the biomedical science program in Pharmacology at Case Western, I didn’t know a mitochondria from a nucleus. I had some chemistry chops, but the mol-bio part I had to learn pretty much from scratch. Case was a fantastic place to do that.

Not counting grade school, I’ve spent about eighteen years of my life in school, part- or full-time. So by now, at LinkedIn, my headline skill set reads: Researcher | Software Developer | Geophysicist | Husband . Not necessarily in that order 😉 Overall, it feels like a win, but in terms of fulfillment, yeah, it’s been a roller-coaster.

Will you two stay in Alaska?

Certainly for the near term. We have plans to travel Outside next year more often and for longer than we have in past years. Even Black Dog will join us on certain adventures! He’s pretty jazzed about that. We’ve talked about moving, likely somewhere in the northwest if we do (Happy Wife cannot do southwest), but the combination of high home prices right now and being we’re pretty picky about the community we see ourselves settling into, it’ll take time. So for now we enjoy the summer lilies and the flourish of Amanita popping up among dwarf dogwood. A walk in the woods with Happy Wife and Black Dog is a good day 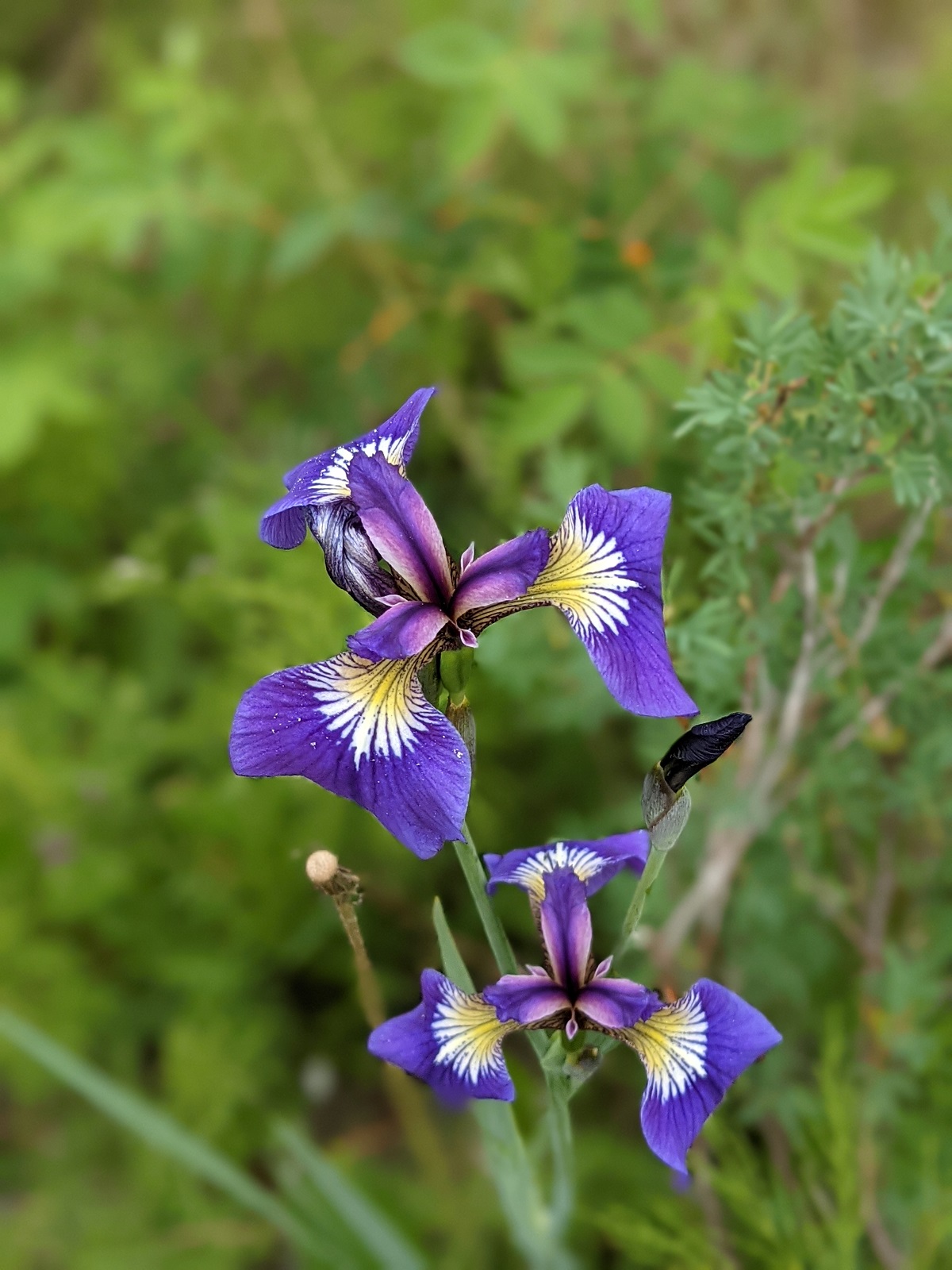 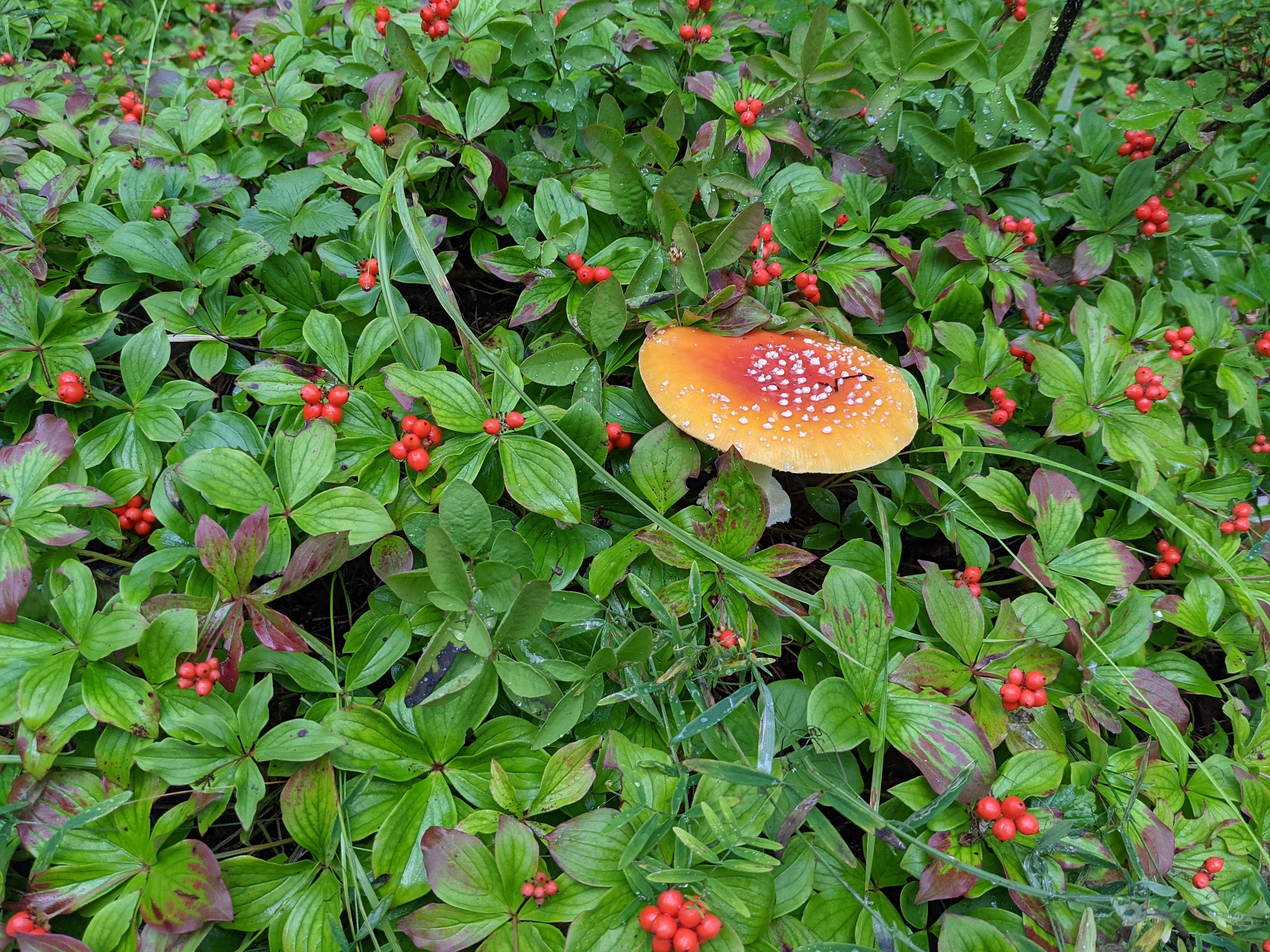