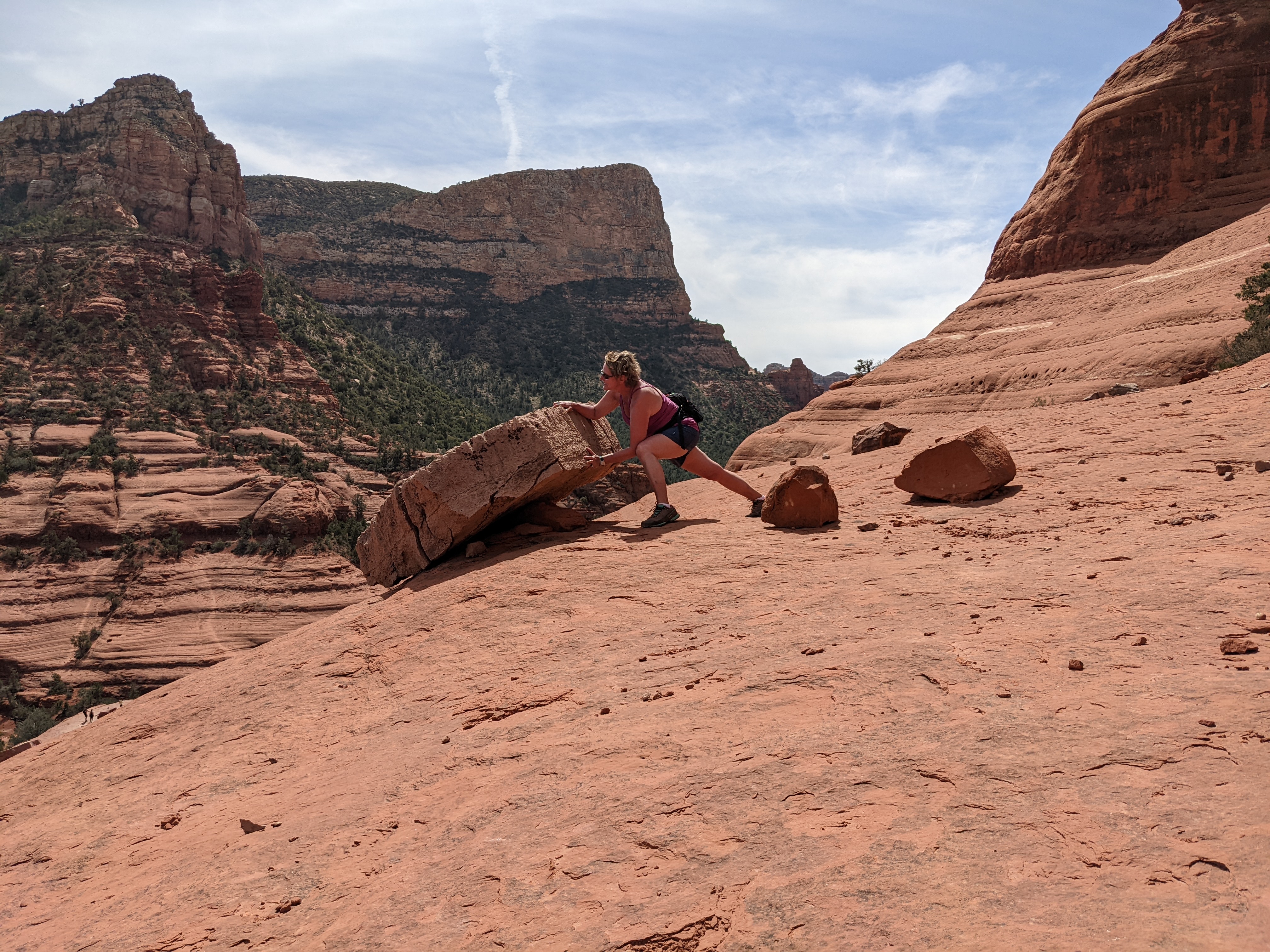 HW performs some needed trail maintenance. This was very near the White Line “trail” looming above the Chicken Point overlook in Sedona, AZ. You can see portions of it behind HW, a thin white streak set against the ferruginous sandstone. I put trail in quotes because to observe the White Line from the overlook below you’d think a person would have to be daft to try and traverse it on foot, never mind on a mountain bike. One slip up is all it would take to fall to the canyon floor below, some 150-200′ (?) Yet certain intrepid souls attempt it all the time 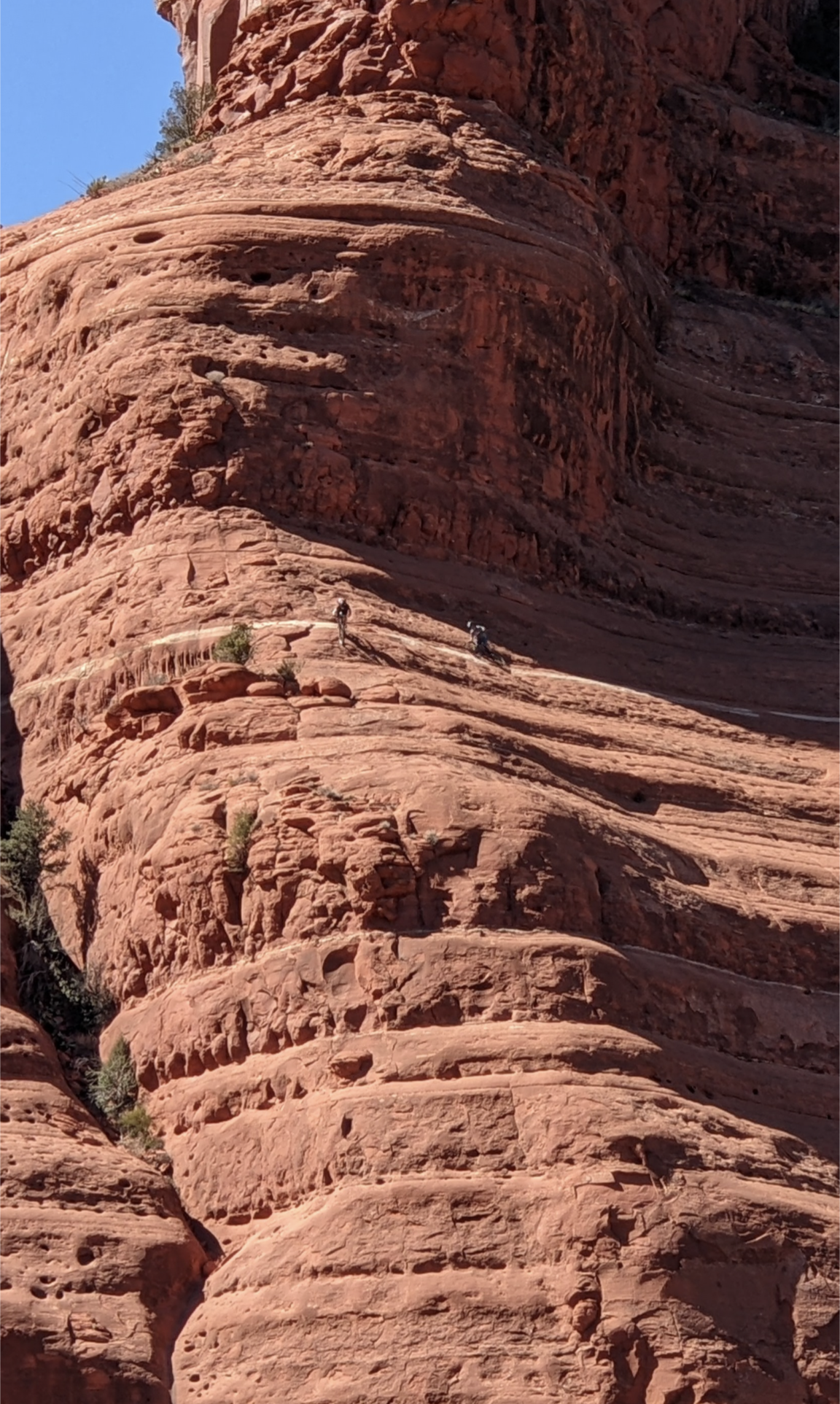 Completing the challenge requires cycling along the line right to left, and then at one point descending while turning 180º to ride a lower shelf back to the starting point. Seriously, take a look at that verticality! This is the most terrifying point in the traverse, because as you descend that 25′ or so you’re pointed directly downhill, right into the jaws of the canyon 😲 Like that first guy up there. The rider behind him stopped at that point, evidently deciding he’d prefer to live to ride another day, and butt-slid down it while holding his bike in front of him. On reaching the shelf below he carefully re-mounted his bike and pedaled back to the start. Even that part would be terrifying to ride if you ask me.

Yes, one could very easily die attempting this feat. According to locals nobody has, although some have fallen off their bikes but managed (somehow) to grab hold of the rock and “stick” to it to prevent falling to their death. Their bikes weren’t so lucky. The canyon floor, I assume, is littered with bike debris.

Unable to resist a closer look my friend Scott and I hiked up to the start of the line. The rest of our group followed a bit later. This is Scott with his hand on the start of the White Line. Gives you a real sense of the steepness and exposure of this beast 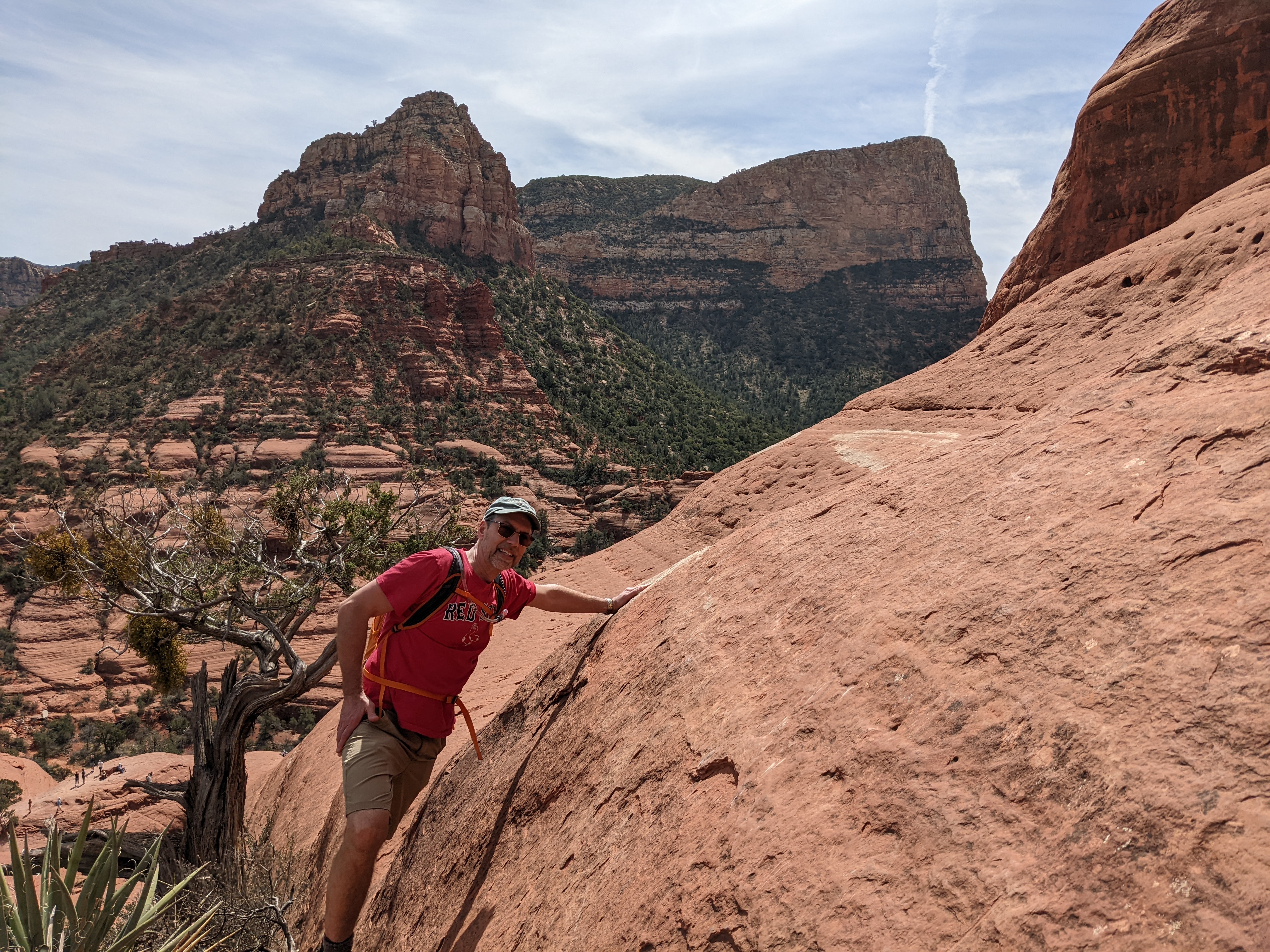 For sure we have ventured out on mountain bikes ourselves, to explore the red rocks and their various declivities. Although we limited our rides to the blue trails (intermediate) avoiding black diamonds altogether. As they say – Live to ride another day! 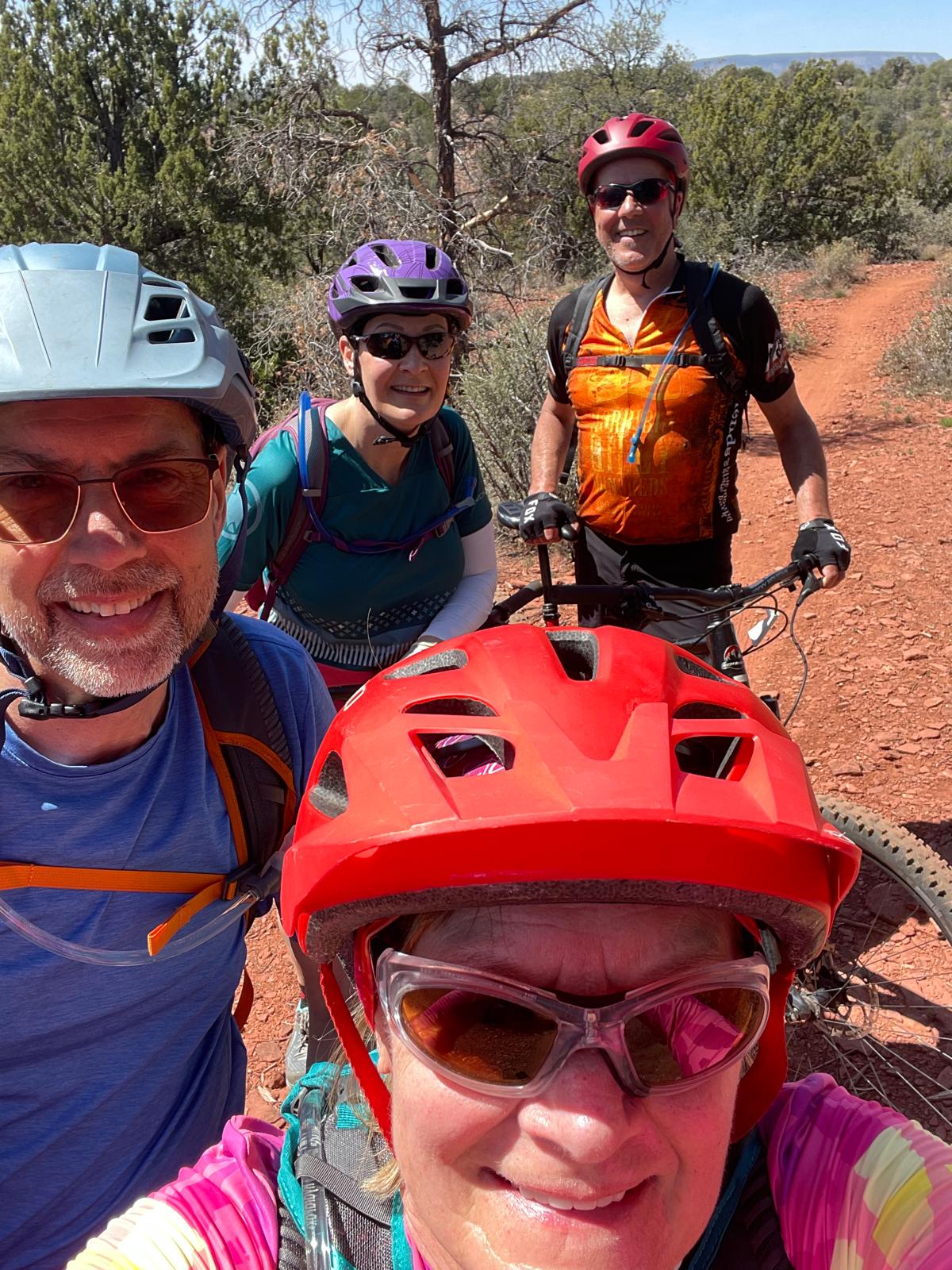