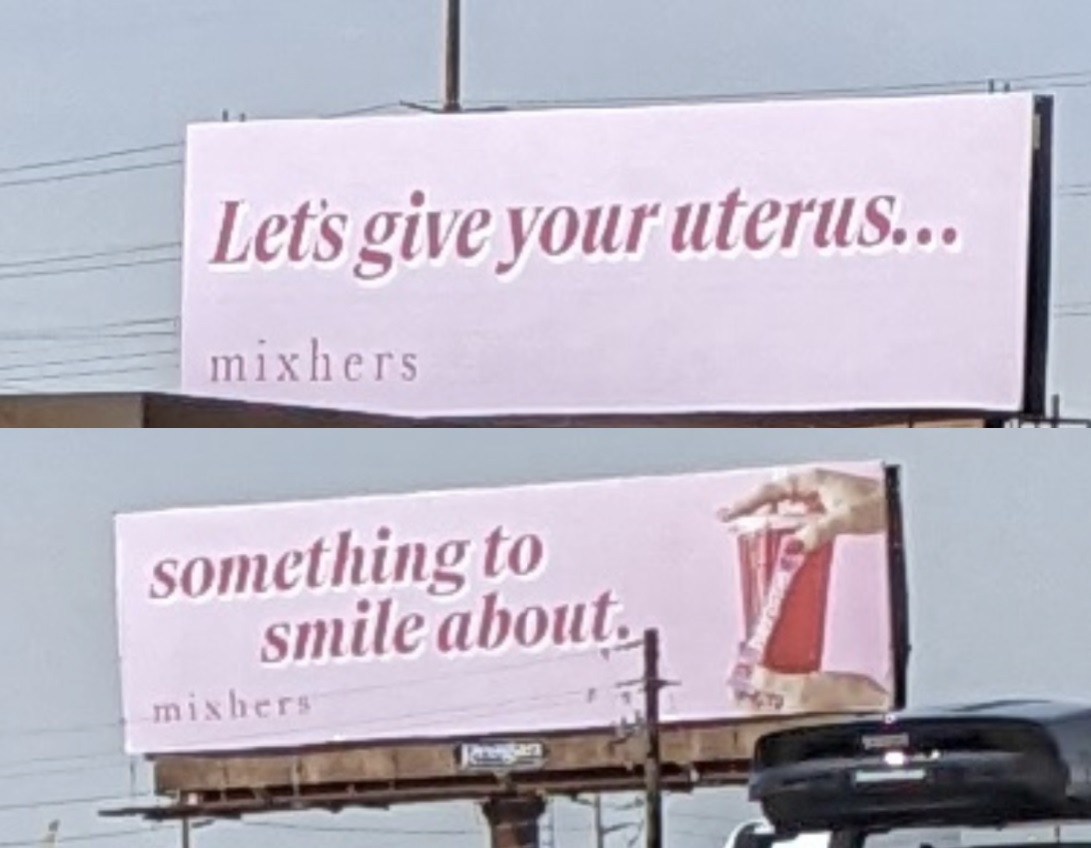 My first thought was Utah is the last state where I’d expect to see the word uterus appear on a billboard. On second thought, no, maybe the most likely state. I admit this arises from an assumption I have about the people who live in Utah. That is, pro-family people who generally speaking have an exaggerated interest in encouraging Utahans to make more babies, especially babies who will themselves grow up to make even more babies!

Turns out the Ad sponsor, mixhers, according to their About Us page, is a company that makes an holistic elixir formulated specifically to “stifle our monthly strife,” aka menstrual inflammation. The main takeaway: A smiling uterus is a competent uterus! Also from the About Us page, a photo of what I assume are some of mixher’s employees

Those are some wholesome-looking white women. Each of them possessing, I presume, a smiling uterus. From a local marketing perspective this kinda makes sense. Only two in one hundred people living in SLC are black, compared to my hometown, Milwaukee, where roughly one in five people are black (source). On the other hand, if your goal is to expand your product reach to uteruses country-wide (mixher’s offers free shipping nationally on orders >$150), then you might consider peppering that photo a little bit. Although, to be honest, I claim no particular expertise in marketing products to make uteruses happy. So what do I know.

We opted to drive back to Seattle via Utah, Idaho, Oregon, and Washington. Driving down to Sedona we stuck mainly to the west coast to avoid snow in mountain passes. I was struck by the massive number of trucks on the road. In fact for some of the longest stretches it was mostly trucks, only punctuated here and there by a few passenger vehicles. And I hear truck drivers are in high demand, we need a lot more of them. HW was struck by how much of the American west, at least from the perspective of major highways, was wide open and barren – no people, no services, no nothing except parched desert and tumbleweeds. I commented that a lot of it is owned by the federal government, some of which has been leased to ranchers (e.g. cattle grazing), although I didn’t have an estimate at hand. Turns out it’s larger than I thought, close to half

In Alaska it’s close to 70%. The libertarian in me would like to see most of this land sold into private hands, maybe to building contractors who can build big homes for all those babies the Utahans are gonna have. The tree-hugger in me would prefer to see it all turned into one big national park as we transition Americans to eating Impossible burgers.

Speaking of national parks, this was the taken at the south rim of the Grand Canyon (Navajo Overlook), HW’s first ever visit 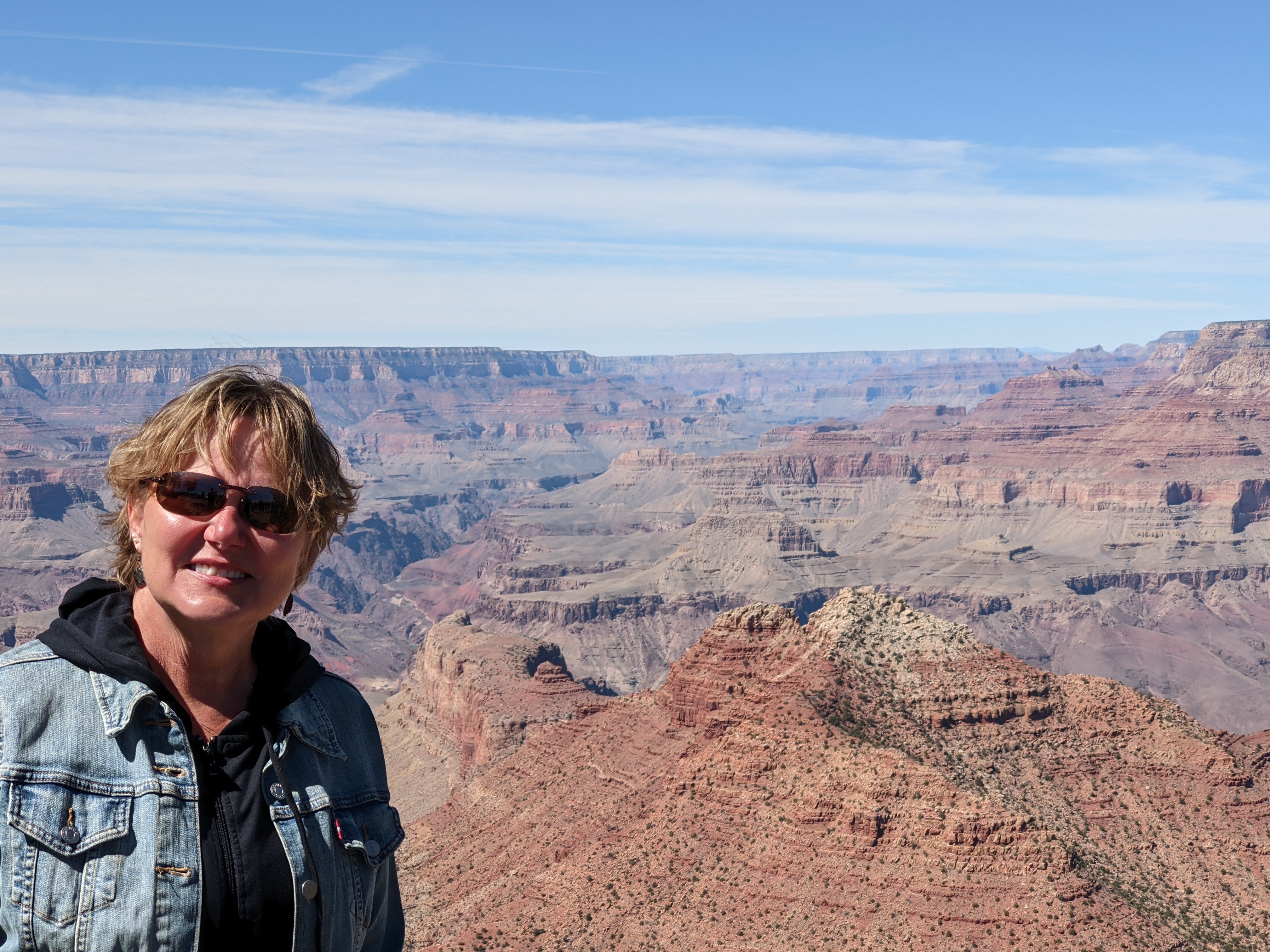 The spiritualist in me would prefer this cathedral remain untouched, left just as it is, forever.