One look into the night sky is all it takes. To feel irrelevant.

I have been alive on this planet roughly five hundred forty six thousand hours. Call it a lifetime. If I had spent every hour of that time driving a straight line into space (@ 60 MPH) I’d be roughly thirty three million miles from earth by now. It would take me four hundred eighty six lifetimes of continuous driving to reach the same point in space that light travels in one hour.

(For perspective: @60 mph it would take 165 days to drive to the moon, roughly six months, allowing for pee stops along the way).

Stop and think about this a second (by which time light will have traveled~186,000 miles!). Especially in light of the latest report from NASA that its newest telescope, the James Webb, recently crushed its predecessor’s record (The Hubble) for furthest object in space observed. Which was…wait for it…roughly thirteen billion light years distant. Which, if I’ve done the math correctly, is on the order of ten Sixtillion ( 10,000,000,000,000,000,000,000) miles away. Pretty far. And growing! Since we understand the universe is expanding.

There are a lot of galaxies (actually, galaxy groups) out there rapidly moving away from each other. Eventually, if the universe continues to expand at this rate, the galaxy groups will be so far away from our Milky Way even our most powerful telescopes won’t be able to detect them. It’s not all bad, though. To the average earthling a million years hence, the night sky will appear unchanged, pretty much like it is now, since expansion isn’t occurring within our galaxy (or even galaxy cluster, so far as I understand it).

When I hear certain people imagine heaven, I imagine they imagine it is out there beyond the Reionisation Era somewhere (see figure). Still others believe it exists beyond the Big Bang, or, more precisely, that the Big Bang was God. The idea that instead of being opposed in their fundamental worldviews, physicists and religionists are in a sense talking about the same thing. I don’t believe science has an answer for every question, certainly not to the level of satisfaction we would like. On the other hand, I resist, and have always resisted, any committed belief in supernatural things. About as far as I am willing to come in that regard is: “I can’t necessarily rule it out.” Overall, though, when I ponder the night sky, accept my insignificance in the grand milieu of a mysterious universe, the sheer vastness and mystery of it all is enough unknown for me to grapple with in one lifetime.

The night sky over Sedona. Looks like a big question mark to me. Wonder how long it would take to drive there 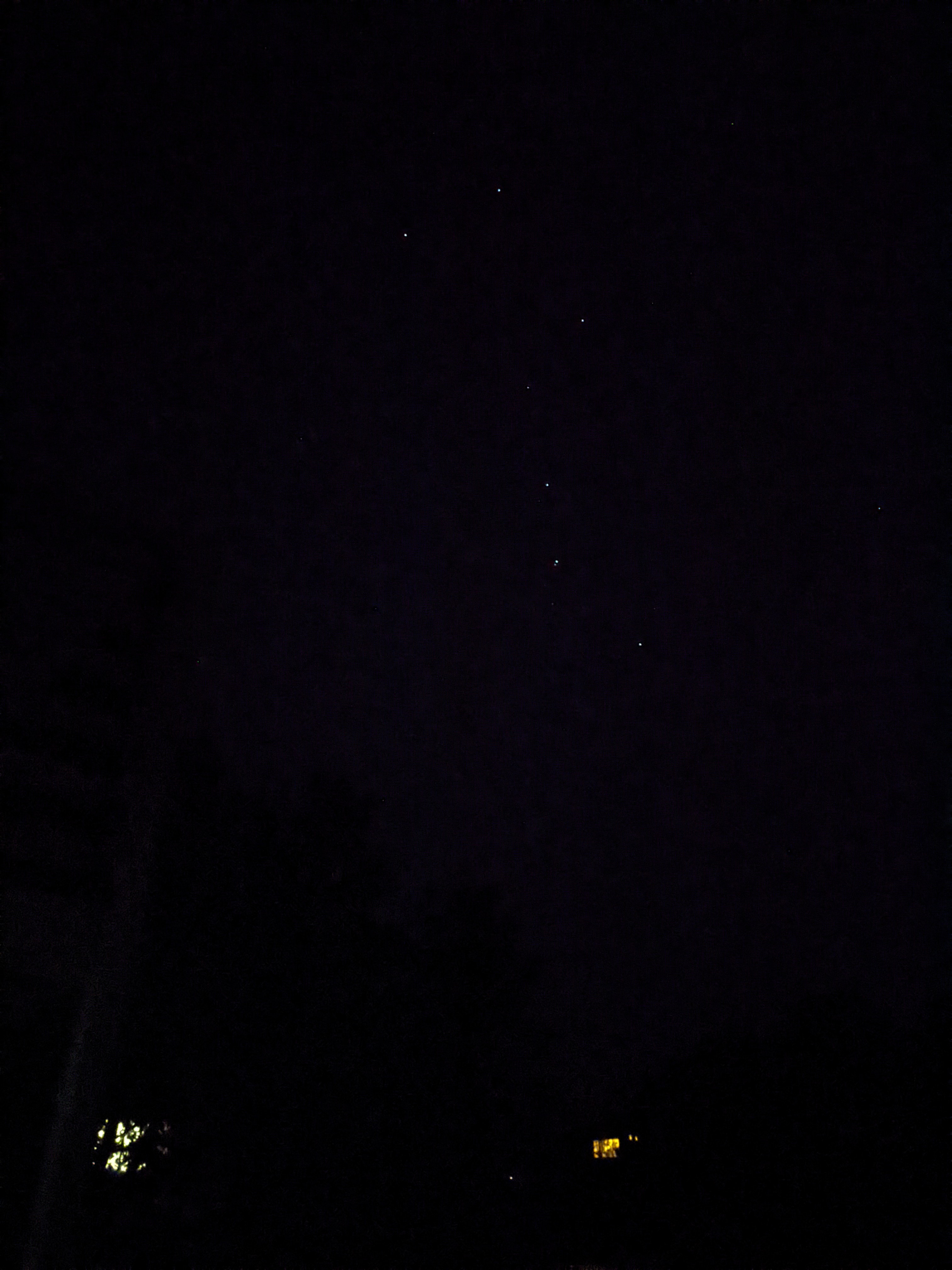